Ece Ger is a filmmaker who graduated in Film Studies at Bilgi University, Istanbul in 2012 and received her Masters Degree in Film Studies at the University of Kent’s Paris program in 2015. Meeting Jim is her first feature-length documentary. The film has been premiered with Jim Haynes’ attendance and nominated for the “Best Documentary” award at Edinburgh International Film Festival in 2018. Since then it has been shown at various film festivals and special screenings in around 20 cities from different corners of the world. Meeting Jim was broadcasted at BBC Scotland in 2019/2020 and won the “Best Documentary” award at Boston Turkish Film Festival in 2019. The film continues its journey on various VOD platforms and through Zweitausendiens’s DVD release in 2020. 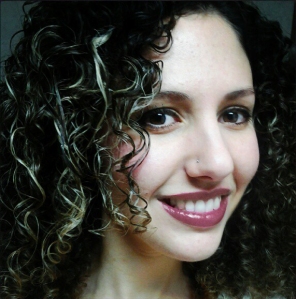 Marta is a Spanish artist and writer currently based in Andalusia. She graduated in Computer Engineering in 2009 and received her MBA at the University of Almeria in 2012, spending a year at the University of Edinburgh. In April 2015 she moved to Paris where she met Jim Haynes. A few months later, she moved to Istanbul and started working on “Meeting Jim”, her first feature documentary project.

Gigi is a Director of Photography who studied cinematography at the Art Institute ISA in Havana and completed most of the cinematography workshops in EICTV International Film School San Antonio de los Baños. She has worked as still photographer for feature films and publicity, as photographer for theater magazines and as cinematographer for short films, music videos, and mostly for documentaries. Her passion is traveling around the world documenting places, people and animals in a poetic mixture of sounds and images. Originally from Havana, she lives and works in New York City (for now). 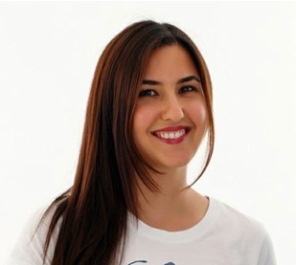 Başak began her journey in film working as a volunteer in the International Ankara Film Festival for three years while she was studying radio, TV and cinema at Ankara University. In her senior year, she received “The Best News Programme Award in Auditory Communication” in the 13th Young Communicator Awards. After graduating, she moved to Istanbul where she has worked in numerous commercials and hit TV series as 1st AD. In 2006 she wrote and directed the short film “DJ” for Turkish National TV – Young Filmmakers Project. Along with her career in TV, she translated Mark Brown’s theatre play “Around the World in 80 Days” which was successfully staged in the Turkish State Theatre during the 2013 season. Since 2015 she has been working as a Chief Drama Officer for two TV series airing on national channels Star TV and Fox TV. She currently lives between Istanbul and London where she has started working on the production angle of the business.

Oğuzhan’s interest into audio visiual arts began at a very young age. In 1999 he started to take acting classes in the Training Unit for Children and Teenagers of Istanbul City Theatre. He later began acting in some proffesional plays in the same theatre. In 2001, after being successful in many interviews, he was chosen for Turkish dubbing of Harry character in Harry Potter movies for the whole series. In the meantime he also performed many voiceovers for commercials. He finished his undergraduate degree both in Cinema and Music Department at Bilgi University. In 2012 with his graduation film, Turkish Dream, he received many awards including Best Film, Best Original Script and Best Director from many festivals he participated in at home and abroad. After this achievement he was accepted to Bilgi University to start his master degree in Cinema and Television Department. Later he started another masters degree in sound engineering at Bahcesehir University. Starting in 2012 he became an instructor in Istanbul Bilgi University Cinema and Television Department. He has been giving lectures on “Using Sound in Films for Beginners” “Field Recording” and “Sound Design”. In 2013 he started his own company to provide sound recording and audio post-production services in films, commercials, TV series and documentaries both in Turkey and abroad.