Steven skyped with us from Los Angeles (USA), where he lives and works as a producer and director of live theatre plays and musicals.

“I met Jim in 1984 at the Edinburgh Fringe Festival. It was my first year there and I was producing and directing three shows and apparently, he came to see one of them. Then one day, I got a phone call in my flat from a man called Jim Haynes and I thought… ‘how did you get my phone number!??’. He said, ‘I saw your show and I loved it and I’d like to come and see it again and I’d like to take you out for a drink afterwards. Would that be ok?’. So, sure!! He came to the show, we had a drink afterwards and he said, ‘What are you doing after the festival?’. I was 26 years old at the time and I didn’t have any real plans… I thought I’d travel around Europe for a little bit, and he said, ‘Would you like to stay at my home in Paris?’. So I did, and I attended one of his famous Sunday dinners the first week and the second week I volunteered to cook for it, thinking this would be a sort of way to pay my rent to him, and that night… that night literally changed my life.”

Thank you so much Steven for such a wonderful interview! You filled us up with energy and courage! 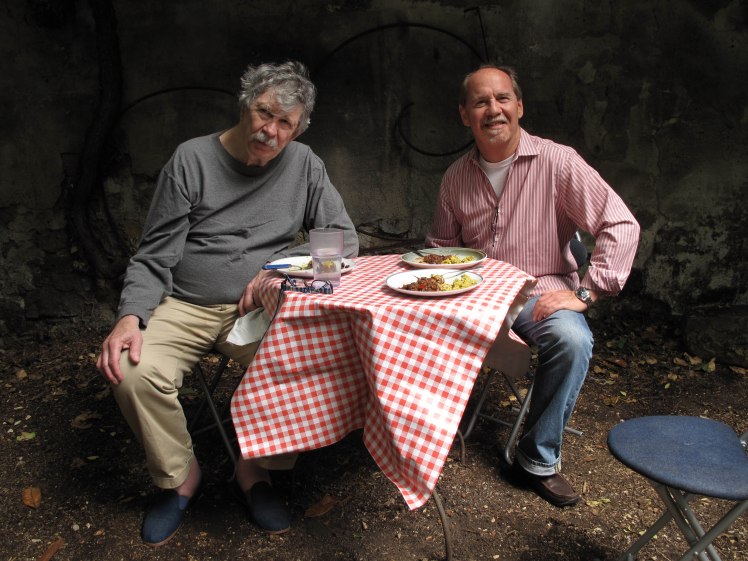 Jim and Steven at Jim’s garden in Paris